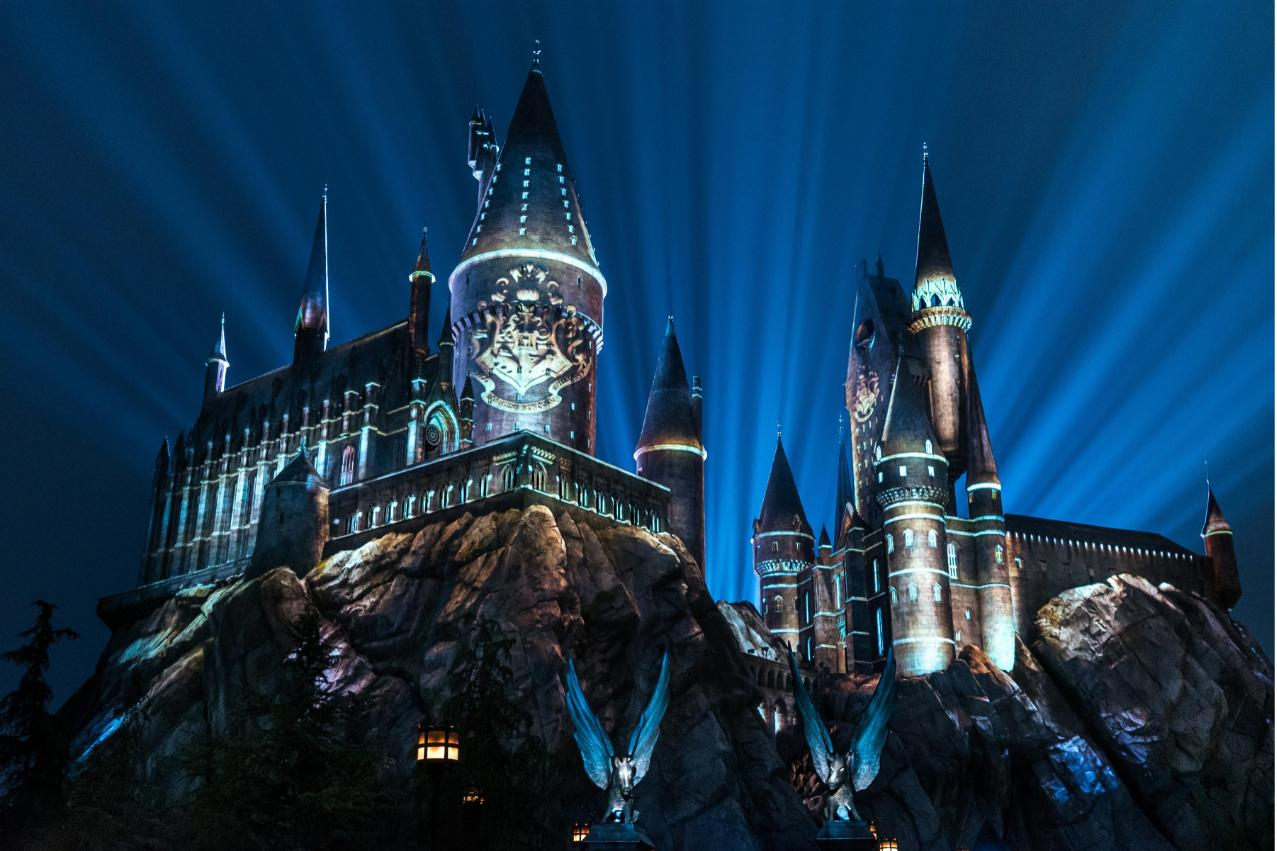 “The Wizarding World of Harry Potter,” and Illumination’s “Despicable Me

Minion Mayhem” and “The Secret Life of Pets: Off the Leash!”

Click Here to Purchase Tickets to Start Planning the Best Day in L.A.

Universal City, California – June 16, 2022 – The Best Day in L.A. starts at Universal Studios Hollywood as the popular theme park brings some of the most popular franchises in film history to life and readies for nonstop summer fun with its blockbuster rides and attractions, including the return of “The Nighttime Lights at Hogwarts TM Castle” in "The Wizarding World of Harry Potter.”

As the hottest movies of the year hit the big screen, Universal Studios Hollywood is the only place in L.A. to catch the action after the credits roll and become immersed in one-of-a-kind blockbuster attractions. After watching the epic conclusion of Universal Pictures’ Jurassic World Dominion, which opened as the #1 movie in the world, guests can experience “Jurassic World—The Ride” where they will be caught in the middle of an extraordinary battle between the Indominus rex and her arch-rival, the Tyrannosaurus rex.

Minions continue to run amok at Universal Studios Hollywood as the theme park prepares for the theatrical release of Illumination and Universal Picture’s newest film, Minions: The Rise of Gru, on July 1.

From Monday, June 27 through Sunday, July 17, mischievous Minions will take center stage at Universal Plaza, where guests can meet the newest Minion, Otto, along with fan favorites Jerry and Dave before they set off on an adventure aboard the “Despicable Me Minion Mayhem” ride. The Minion activation also features exclusive experiences for guests, including interacting with a 16-foot Minion squishy and engaging in a specially-created Minion-themed game through Sunday, August 14.

Family fun continues on Illumination’s award-winning ride The Secret Life of Pets: Off the Leash!” where guests become transformed into stray puppies looking for their forever homes, and within the immersive "The Wizarding World of Harry Potter” land. For a sneak peek of an authentic movie and television production studio, guests can get a bird’s eye view on the world-renowned Studio Tour, which now features several electric trams in its current fleet.

Beginning today, “The Nighttime Lights at Hogwarts Castle” returns with a dazzling light and special effects projection display set against the backdrop of Hogwarts School of Witchcraft and Wizardry. As night falls on Hogsmeade village, guests can enjoy an awe-inspiring spectacle that showcases the four houses of Hogwarts: Gryffindor, Ravenclaw, Hufflepuff and Slytherin, accompanied by a special musical arrangement based on original scores from the film series.

This summer also sees the return of the “Special Effects Show,” a fast-paced and entertaining behind-the-scenes peek at the world of Hollywood movie-making magic. The Special Effects Show will run daily from Friday, July 1 through Sunday, August 14, then weekends only, beginning Saturday, August 20.

Preparing for a visit to Universal Studios Hollywood to experience the Best Day in L.A. is easy with a series of convenient online tools that range from Universal’s interactive mobile app and website and all-new Discover Universal hub, designed to help maximize trips for the ultimate visit.